An Introduction to Creating Sustainable Development Systems for Your Nonprofit 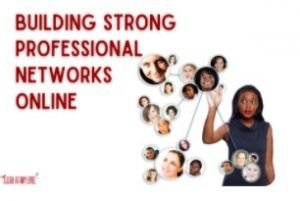 Building Strong Professional Networks Online, by Lead at Any Level

During his 24 years of professional fundraising, Martin and his teams raised a staggering $500 million dollars. In 2018 Martin was named Outstanding Fundraising Executive by the Association of Fundraising Professional St. Louis Regional Chapter.

With a passion to serve, Martin Leifeld established MartinLeifeld.com as a resource for those looking to learn more about fundraising and leadership. It’s Martin’s hope that those looking to enrich their lives and organizations will continue to visit this page for updates, learn professional experiences and proven tips in Five Minutes for Fundraising, and connect with like-minded professionals.

Martin served as vice chancellor for university advancement at the University of Missouri–St. Louis for ten years. While there, he led a dramatic increase in fundraising, averaging $26.4 million per year.

Prior to joining UMSL, Leifeld was associate vice president for university development at Saint

In addition to his years in academia, Martin worked tirelessly for the Catholic Diocese of Belleville in Belleville, Ill. directing efforts that raised $80 million by creating and instituting a development program that included an annual appeal with major gifts component, and the first diocesan major campaign. Always called to serve, he spent twelve years with Franciscan University – Steubenville, Ohio as the Director of Christian Outreach and also served as a consultant and executive in Ohio and Wisconsin. Recently, he was selected as the 2020 Millard S. Cohen Lifetime Achievement Award recipient from St. Louis Public Radio. Martin serves as a Fellow of the Eight Principles of Sustainable Fundraising and as a member of the Thought Leadership Team for The Change Leader, Inc. He is a founding member of World Game Changers, C.I.C., and serves as chairperson for its board of directors. Martin is a member of the board of directors of Ten10, LLC.