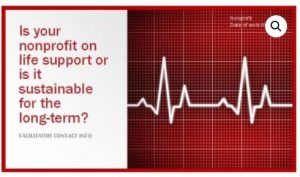 Is Your Nonprofit on Life Support or is It Sustainable for the Long Term? 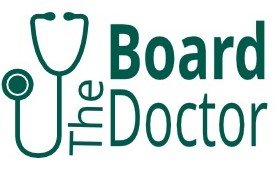 Recruiting a Great Board of Directors, by The Board Doctor

Be the Best Board Member You Can be

Donor Stewardship that Tells a Story is FREE courtesy of Bloomerang

Tom Ahern is considered one of the world’s top authorities on donor communications.

He specializes in applying the discoveries of psychology and neuroscience to the day-to-day business of inspiring and retaining donors. He’s written five well-received how-to books, with more in the pipeline. Each year, he delivers dozens of workshops and webinars to fundraisers worldwide. In 2014, Nonprofit Marketing Guide began offering his 4-part Ahern Academy, a coached series of webinars that train fundraisers to become competent donor communicators. It covers cases, direct mail, donor newsletters, and charitable bequests.

Tom writes all the direct mail for the Sharp hospital system in San Diego, helping that institution attract a record 10,000 gifts for its oft-imitated Doctor’s Day appeal.

He is one of America’s busiest case writers for capital campaigns, recently completing cases for the Alberta Cancer Foundation; Bow Valley College (North America’s best community college, in Calgary); the International AIDS Vaccine Initiative; the Museum of Flight (Seattle); and the Texas Parks and Wildlife Foundation.

With major researchers such as Dr. Adrian Sergeant and Jen Shang, Tom has written trial direct mail programs for PBS-TV. They’ve so far demonstrated that non-premium appeals can pull in just as many gifts as premium appeals, without the heavy cost of goods.

He’s consulted repeatedly with the University of Chicago on donor communications, as the school prepares for its $4 billion new campaign.

Other clients include Plan International (USA), Save the Children, and SOS Children’s Villages worldwide, as well as many smaller and local nonprofits.

Before moving exclusively into nonprofit work, Tom was an award-winning journalist. As a marketer and advertising copywriter, he won three prestigious Gold Quill awards from the International Association of Business Communicators for campaigns that achieved extraordinary results.

He holds a BA and MA from Brown University, with a certificate in advertising art from the RI School of Design. His wife is Simone Joyaux, an author and consultant to nonprofit boards. She is the current board chair for Planned Parenthood of Southern New England. They live in Rhode Island, with a second home in France.