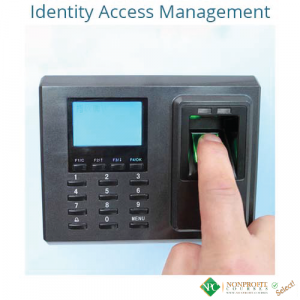 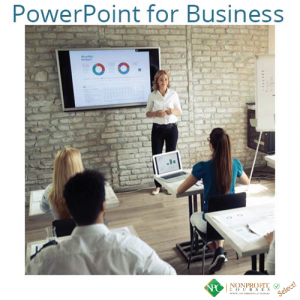 Advantages and Disadvantages of Non-Cash Gifts, by Lorman

Most people are afraid of asking for gifts, even for organizations they care deeply about. Fear of the unknown holds them back, and that’s perfectly normal. Eskin Fundraising Training demystifies the art and science of fundraising and empowers professional and volunteer non-profit advocates to play productive roles in the discovery, cultivation, solicitation and stewardship of donor prospects. Our training helps organizations develop resources to more robustly champion their missions.

Jim Eskin enjoys championing philanthropy and its transforming power to advance non-profits that improve the world through their respective missions. He is passionate about getting others excited about fundraising and empowering them tap its power to accomplish good works.

He launched Eskin Fundraising Training LLC in 2018 after leadership roles spanning more than 30 years in fundraising, public affairs and communications. His fundraising benchmarks include establishing records for gifts from individuals at The University of Texas at San Antonio (UTSA), Our Lady of the Lake University (OLLU) and Alamo Colleges Foundation.

Over the past two years, he has led more than 100 workshops (partnering with Microsoft, Texas Capital Bank, Catto & Catto and MassMutual South Texas) and webinars reaching thousands of non-profit leaders including both professional and volunteer fundraisers. His emphasis is on making training interactive, easy-to-understand and fun — replacing the fear of asking for gifts with comfort and confidence.

His guests have included some of the most respected figures in philanthropy and their professions including Harvey Najim, Marsha McCombs Shields, Gordon Hartman, Francisco Cigarroa, Harriet Dominique, Henry Cisneros and Lionel Sosa.

He started his career with the Agriculture Council of America in Washington, D.C., a national trade association promoting U.S. agriculture to the general public. He created innovative techniques to enable farmers to communicate with decision-makers in the legislative and executive branches and worked with national and leading media outlets throughout the country.

As Director of Communications for Associated Milk Producers, Inc. based in San Antonio, he addressed national dairy policy, directing grassroots contact, congressional visits, and other advocacy campaigns, and placing advocacy advertisements in newspapers such as USA Today.

From 1997 to 2002, he served as Development Officer and then Director of Advancement for the UTSA College of Business. He raised several million dollars in private gifts from individuals and corporate and foundation sources, including $1 million from Hong Kong businessman Richard Liu, the first million-dollar cash gift from an individual in UTSA history.

From 2002 to 2009, as Vice President for Institutional Advancement at Our Lady of the Lake University, he directed annual giving, major gifts, planned giving, private grants, and alumni relations programs. Private gift income steadily increased during his tenure. In 2005, he obtained a historic

From 2009 -2018, he served as Executive Director of Alamo Colleges Foundation, the philanthropic arm of the community college system with an enrollment of more than 60,000 credit students per semester, more than all the other colleges and universities in Bexar County combined. During that time, foundation assets and scholarship dollars awarded tripled. He obtained a historic $2.5 million gift from Kerrville business leader Neal Griffin

Active in civic affairs, he founded and led a grassroots movement that culminated in the approval of a popular referendum funding the 65,000-seat Alamodome in downtown San Antonio. His vision and leadership helped advance the idea from dream to reality.

He has authored more than 100 guest columns that have appeared in daily newspapers and business journals across the country. He also publishes Stratagems, a monthly e-newsletter exploring timely issues and trends in philanthropy, advocacy, and image. In 2019, he published his first book, 10 Simple Fundraising Lessons.

He earned his B.A. in Urban Affairs from The George Washington University and serves as Chair of the San Antonio GW Alumni Network.

The Art and Science of Securing Legacy Gifts

Ask The Expert on The ASK, Laura Fredricks

The Do’s and Don’ts, by Eskin Fundraising Training

How to Lead During COVID-19 with Marc Pitman, CEO, by Eskin Fundraising Training

How to Lead During COVID-19 with Marc Pitman, CEO is FREE courtesy of Eskin Fundraising Training 1 Lesson / 61 ...
Find it Here

Communicating During a Crisis, by Eskin Fundraising Training

Asking and Getting in 2020 featuring Laura Fredrick JD Founder THE EXPERT ON THE ASK, by Eskin Fundraising Training

Asking and Getting in 2020 featuring Laura Fredrick JD Founder THE EXPERT ON THE ASK is FREE courtesy of Eskin ...
Find it Here

A Conversation with Marv LeRoy, by Eskin Fundraising Training